Is there a known bug when doing Survey Census (By Date Range) Reports? Our billing department does survey census reports per month and we are finding many discrepancies between actual census versus Axxess reported census. Patients who should be shown as active for a particular month are not showing up in the active report at all. Also, patients who were discharged the previous month are still showing up as active on the current month’s census report.

What other census report can we use to show accurate numbers for a specific date range - no matter if the patient has been moved to the discharged list or not? Example: Patient 1 had an active episode on January, Discharged in February. Patient’s chart has since been moved under Discharged patients. If we want a census report for the month of January, other than Survey census (By date range), is there another report we can use that will show Patient 1 as being an active patient for the month of January?

In The Axxess Community you can ask and answer questions and share your experience with others! 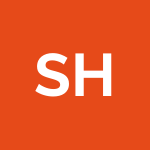 We have had a lot of issues with this report in the past and finally figured out that one issue was with ADMISSION PERIODS not autocreating.  Any new admission needs its own ADMISSION PERIOD. If it doesnt have this, then the admissions all blend together and SOC date/DC dates/REadmit SOC dates all end up blending together. Hope this helps!

Hi Sharon, can you explain further so that I may forward this to our intake team to see if this  is our problem too? Looking at the Patient Profile, SOC and Current Episode for these patients missing in the Survey Census (By Date Range) Reports are all correct. Also, these patients show in the regular Survey Census report.

The answers you’re looking for are in our Help Center