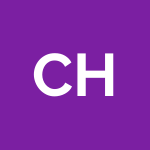 The answers you’re looking for are in our Help Center

Do you have questions for Christine?

Log in to ask Christine questions publicly or anonymously.

Missed visits not showing up in Master Calendar view ever since the system updated a few minutes ago. Any fix?

Is there a known bug when doing Survey Census (By Date Range) Reports? Our billing department does survey census reports per month and we are finding many discrepancies between actual census versus Axxess reported census. Patients who should be shown as active for a particular month are not showing up in the active report at all. Also, patients who were discharged the previous month are still showing up as active on the current month’s census report.

What other census report can we use to show accurate numbers for a specific date range - no matter if the patient has been moved to the discharged list or not? Example: Patient 1 had an active episode on January, Discharged in February. Patient’s chart has since been moved under Discharged patients. If we want a census report for the month of January, other than Survey census (By date range), is there another report we can use that will show Patient 1 as being an active patient for the month of January?

Would appreciate it if Axxess gave a heads up on going live with website updates during work hours. Axxess website is lagging, error messages everywhere including inbox, patient charts and QA center. This has been going on for the days only to be told to check internet connection and clear browser cache.

Liked by Terrence and 4 others

Hi this is regarding Non-OASIS Start of Care

Is Axxess having server issues? QA Center will not load tasks when date range is expanded.